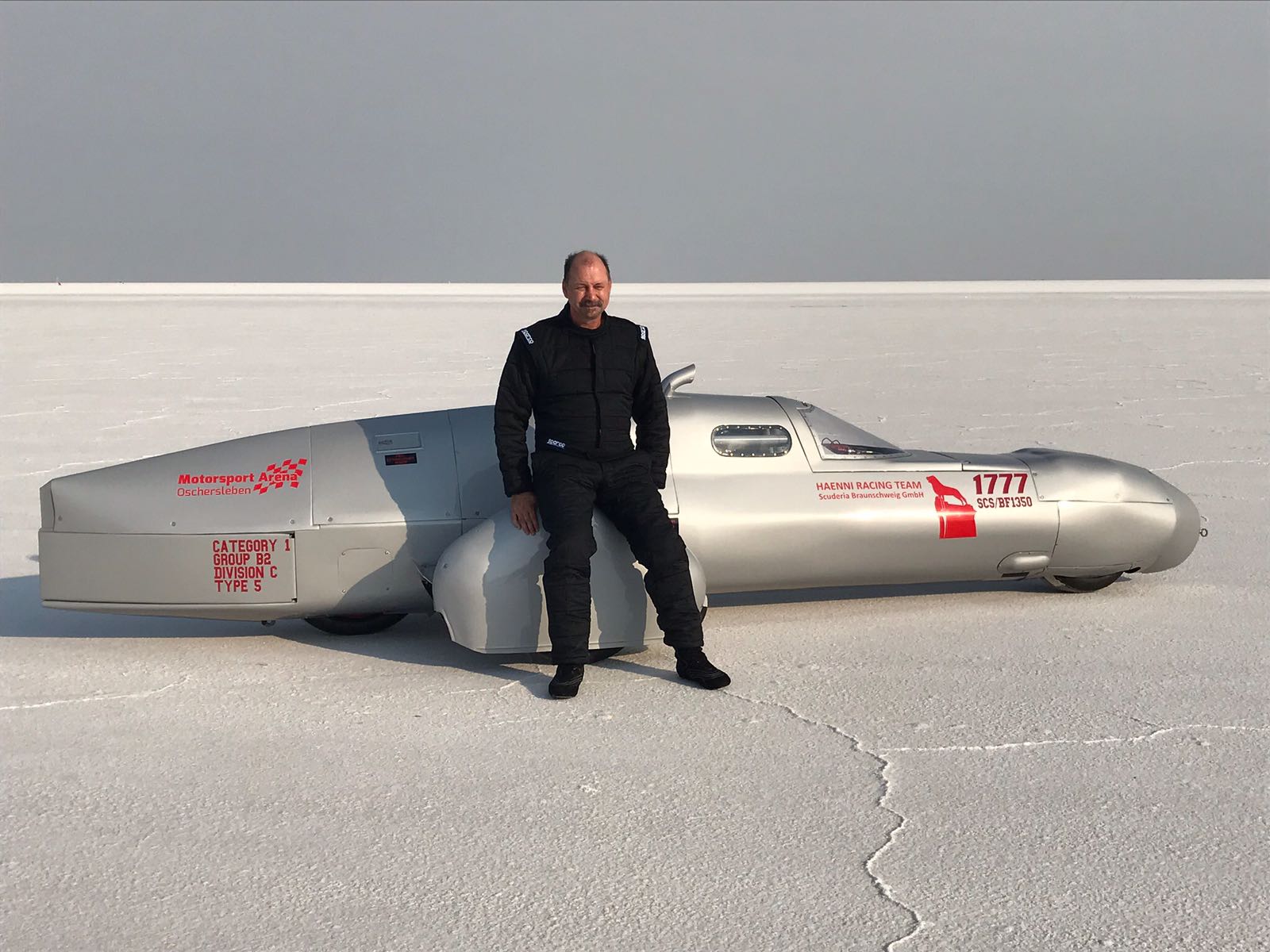 Well, the best way to describe Ralph is… “speed junkie” (sorry Bohni, you know I am right).

He used to race Sidecar World Championship, was German and European Champion, won the sidecar GP in Hockenheim on that magic 26th of May 1991 where 3 out of 4 GP races were won by Germans (125cc: Ralf Waldmann, 250cc: Helmut Bradl, Sidecars: Ralph Bohnhorst & Bruno Hiller, LCR-Krauser), worked for Shell for many years and today is the CEO of the very successful “Motorsport Arena Oschersleben” (www.motorsportarena.com) – a permanent race track in the centre of Germany, and one of only 3 permanent race tracks with a FIA grade 1 or 2 in Germany!

And as it seems… going round corners was a bit “too normal”, he decided to break the speed records for sidecars on the salt lakes of Utah!

This is not something done in a day, so this is an “ongoing project” to be continued in 2019 with “Bohni” being supported by Adolf Hänni from Switzerland (3 times Sidecar World Champion).

I hope I can find the time to join their team in the coming years! 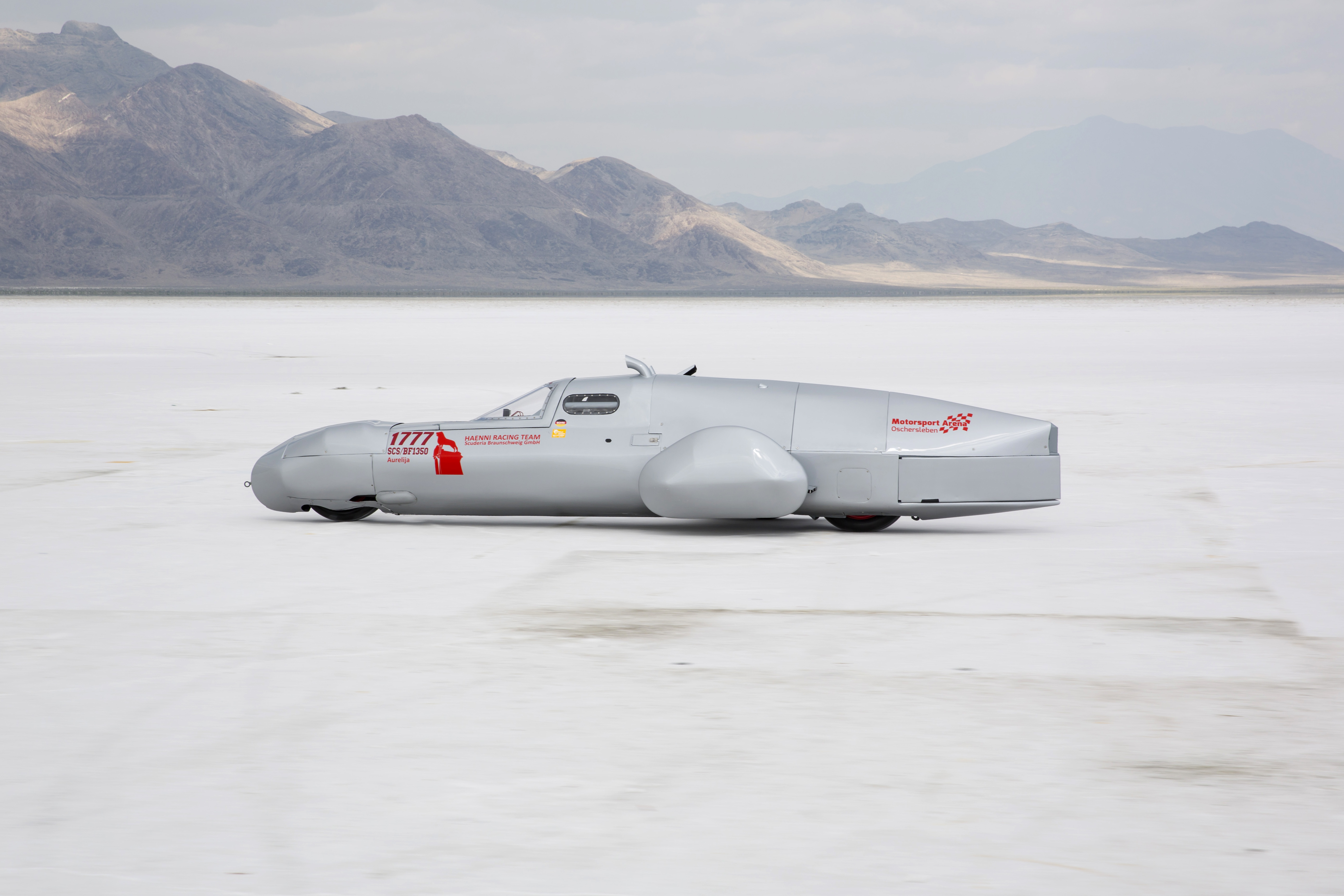 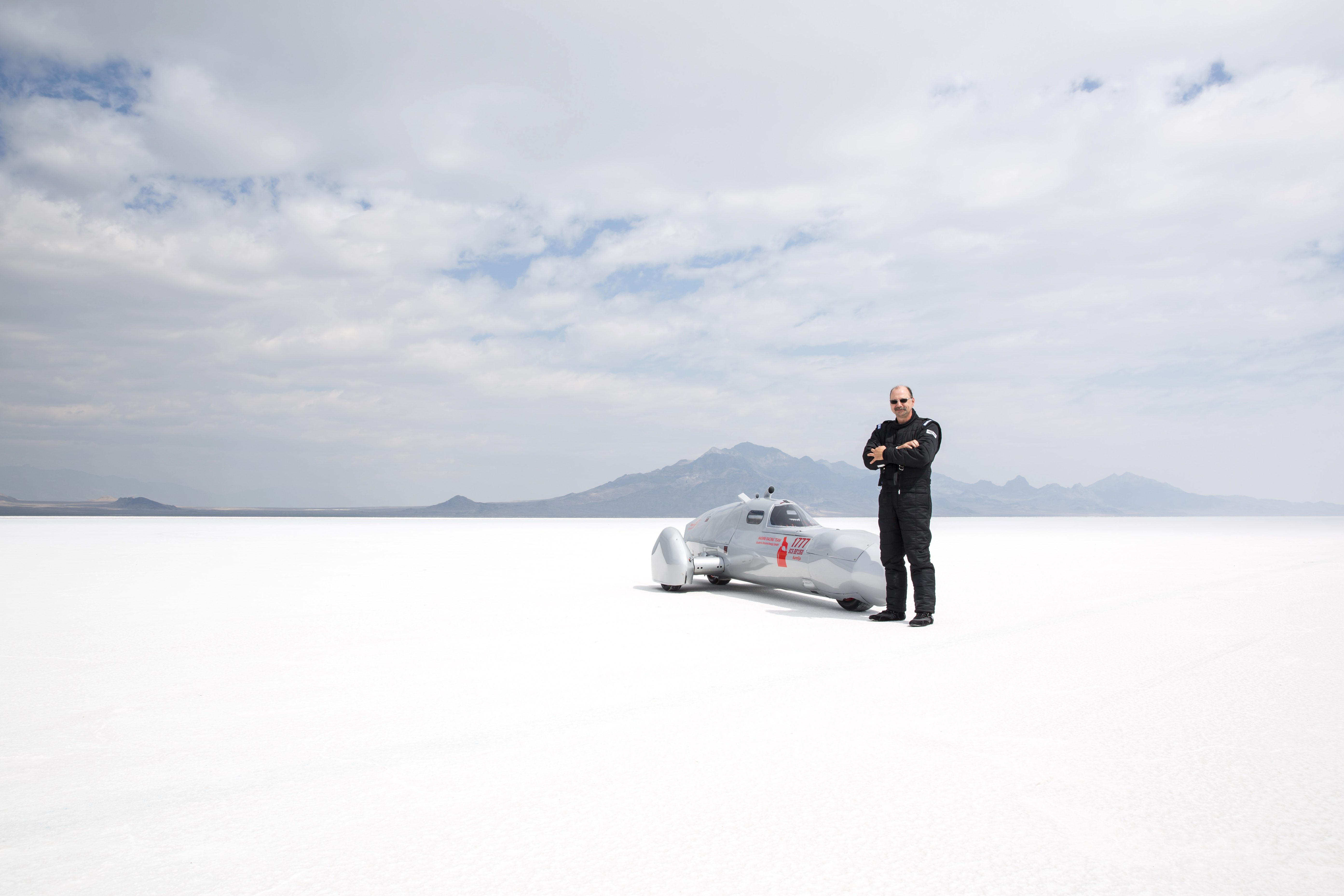